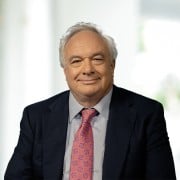 7 Dividend Stocks to Gift to Your Kids (Or Grandkids)

By Louis Navellier and the InvestorPlace Research Staff Nov 22, 2021
If you're building a nest egg, then you really need to include some solid dividend stocks for durability and solid, steady growth.

7 Safe Stocks that are Immune from China’s Market Volatility

7 Safe Stocks to Own to Hedge Against Inflation

Between Oil and Earnings, The Market Keeps Bucking

By John Jagerson and Wade Hansen, Editors, Strategic Trader Apr 23, 2020
We could be seeing some record numbers of earnings misses in the near future. Also -- what negative oil futures prices really mean.

By Neil George Jan 24, 2020
Bank stocks are lagging the market, stunted by regulations in the wake of the financial crisis. But these alt-financials are great buys.

By James Brumley, InvestorPlace Feature Writer Sep 12, 2019
The stock charts of RF, PYPL and CAG are moving into pivotal technical situations as we move into the latter half of the week.

By James Brumley, InvestorPlace Feature Writer Aug 29, 2019
The stock charts of Tiffany & Co., Arconic and Regions Financial have earned a closer look as we head into the end of the trading week.

Trade of the Day: The Head-and-Shoulders Pattern in Regions Financial

By Serge Berger, InvestorPlace Contributor Mar 21, 2019
RF stock finished the day lower by more than 4% and looks to have further to fall. This sets up a trade for active investors and traders.

By James Brumley, InvestorPlace Feature Writer Feb 8, 2019
The stock charts of RF, USB and FTNT are poised to end the week at pivotal points. Here are the levels to watch.

By James Brumley, InvestorPlace Feature Writer Oct 4, 2018
Financial stocks like Citigroup, Goldman Sachs and Paypal are worth a look, even if the broad market looks a little wobbly.

7 Bank Stocks to Own for the Long Haul

By James Brumley, InvestorPlace Feature Writer Jul 20, 2018
Stock charts of Hormel Foods, Macerich and Regions Financial have a little something more to offer than the average stock does right now.

By James Brumley, InvestorPlace Feature Writer Jul 12, 2018
CMCSA, DUK and RF stock charts are shaping up as your top trading prospects headed into the weekend.

By James Brumley, InvestorPlace Feature Writer Jul 6, 2018
The stock charts of PEP, JPM and JNPR are shaping up as the most compelling trading prospects headed into the weekend.

By Neil George Apr 25, 2018
As the market transitions, this pair of companies are well positioned for significant total returns, including their dividends.

By Portfolio Grader Feb 7, 2018
Portfolio Grader currently ranks RF as a Buy. The methodology for investing incorporated in this analytical tool researches and ranks nearly 5,000 stocks each week from a fundamental and quantitative perspective. The shares have been upgraded from a Hold to a Buy in the last week.

By Portfolio Grader Feb 2, 2018
The Hold recommendation for Regions Financial Corp resulted from a process of analysis that is proprietary which generated outcomes that were above average in 5 areas: an industry group rated above average in attractiveness, a ranking in the company's sector that is in the top half, ranking in the company's industry group that is in the top half, a quantitative risk/reward calculation that is better than average and analytical scoring that is near average; and produced below average conclusions in 1 area: an economic sector ranked below average in attractiveness.

By Portfolio Grader Jan 25, 2018
Portfolio Grader currently ranks Regions Financial Corp (NYSE:RF) a Hold. The approach to investing incorporated in this analytical tool developed by Louis Navellier assesses and ranks nearly 5,000 stocks each week from a fundamental and quantitative perspective. RF has maintained this ranking for 3 months.

Trade of the Day: Bank on the SPDR KBW Regional Banking ETF for Some Serious Coin

By Serge Berger, InvestorPlace Contributor Nov 29, 2017
Active investors would be wise to take note of the latest bullish move in the KRE ETF as it looks to be gaining steam in multiple time frames.

By Serge Berger, InvestorPlace Contributor Nov 15, 2017
RF stock is higher by about 10% for the year thanks to a strong rally in the broader financial sector since early September.

By William White, InvestorPlace Writer Apr 18, 2017
Regions Financial (RF) stock was down on Tuesday despite positive earnings results reported during its first quarter of 2017.

From Benzinga May 4, 2022
If history is any guide, there may be trouble ahead for shares of Regions Financial (NYSE:RF). A so-called "death cross" has formed on its chart and, not surprisingly, this could be bearish for the stock.

From Benzinga Apr 22, 2022
Companies Reporting Before The Bell • SAP (NYSE:SAP) is estimated to report quarterly earnings at $1.26 per share on revenue of $7.56 billion.

From Benzinga Apr 21, 2022
Regions Financial (NYSE:RF) is set to give its latest quarterly earnings report on Friday, 2022-04-22. Here's what investors need to know before the announcement. Analysts estimate that Regions Financial will report an earnings per share (EPS) of $0.47.

From Benzinga Apr 21, 2022
On CNBC’s "Mad Money Lightning Round," Jim Cramer said Uranium Energy Corp. (NYSE: UEC) is a "very speculative stock." He added that the stock had a very big run and might get "cut in half or double.

From Benzinga Mar 28, 2022
Analysts have provided the following ratings for Regions Financial (NYSE:RF) within the last quarter: