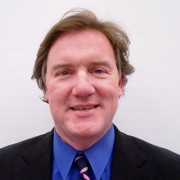 By Mark R. Hake, CFA Jun 22, 2020
Some of the best cheap stocks to buy now are financial stocks, thanks to their higher-than-average dividends and impressive upside potential.

By Will Ashworth, InvestorPlace Contributor Oct 16, 2018
The concept of undervalued dividend growth stocks might seem like a contradiction, but they do exist. Here are seven of the best.

By James Brumley, InvestorPlace Feature Writer Aug 3, 2018
The stock charts of RCL, FCX and HBAN have surfaced as solid prospects heading into the weekend, if...

Huntington Bancshares’ (HBAN) Upgraded to Hold at recent price of $15.1

By Portfolio Grader Feb 9, 2018
The Hold recommendation, which was recently up graded from a Sell to Hold, for Huntington Bancshares Inc is the outcome of an analytical process that is proprietary which yielded conclusions that were above average in 4 areas: a ranking in its sector group that is in the top half, ranking in the company's industry group that is in the top third, a quantitative risk/reward calculation that is better than average and an analytical score that is above average; and produced below average results in 2 areas: an economic sector rated below average in attractiveness, and an industry group ranked below average in attractiveness.

By Johnson Research Group Apr 19, 2017
Intuitive Surgical (ISRG) shares are jumping through technical resistance to new highs, while Abbott Labs (ABT) and Huntington (HBAN) are struggling to break their technical trends despite some good earnings results.

By Johnson Research Group Jan 13, 2017
Some stocks sink, some skyrocket. These are seven stocks to buy if you want to double your investment during 2017.

By Johnson Research Group Nov 29, 2016
Walmart (WMT) looks to break out, while Abbvie (ABBV) struggles and Huntington Bancshares (HBAN) rests after a strong rally likely to repeat itself.

By Portfolio Grader Oct 26, 2016
The Financial sector saw plenty of trading activity today, including the following leaders and losers.

By Portfolio Grader Jun 30, 2016
The Financial sector saw plenty of trading activity today, including the following leaders and losers.

Your Guide to These 33 Overlooked Income Stocks

By Louis Navellier, Editor, Growth Investor Mar 24, 2016
It's been nine months since I launched Dividend Grader, my free dividend stock tool. Dividend Grader has found these 33 stocks worthy of your investment

Trade of the Day: HBAN Stock in the Midst of a Powerful Recovery?

10 Stocks to Buy Before Analysts Start Chasing Them Higher

By Johnson Research Group Nov 19, 2015
These 10 stocks to buy are currently underloved by Wall Street ... and that means explosive potential once the analyst community gets wise and upgrades them.

Why You Should Buy These Bank Stocks, Even With No Rate Hike

By Jeff Reeves Sep 17, 2015
Even without a Federal Reserve rate hike, bank stocks are looking up based on lower costs and better earnings. Here are a few financials to buy now:

Huntingdon Bancshares A Nice Steady Performer With More To Come

From Talk Markets Apr 12, 2021
Huntingdon Bancshares is one of those steady low-cost stocks which continues to produce an even climb rate on the daily chart.

From Zacks Investment Research Mar 29, 2021
Huntington (HBAN) and TCF Financial's (TCF) all-stock acquisition deal for a total market value of about $22 billion will create one of the top 10 U.S. regional banks.

From Benzinga Mar 24, 2021
Analysts have provided the following ratings for Huntington Bancshares (NASDAQ:HBAN) within the last quarter:   Last 30 Days 1 Month Ago 2 Months Ago 3 Months Ago...

From Bloomberg Mar 24, 2021
Last time several regional banks tried to do big deals, their investors weren’t always on board. Now, regional bank M&A is back and shareholders are cheering on the activity in a sector long ripe for consolidation.

GameStop, Adobe, Honeywell, Darden Restaurants, and Other Stocks for Investors to Watch This Week

From Barron's Mar 21, 2021
GameStop earnings are on Tuesday, along with Adobe, General Mills, and Darden Restaurants also this week. Plus, durable goods, personal income and spending, and other economic data.