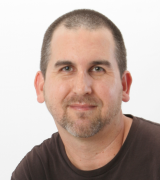 7 Value Stocks To Buy if the Market Falters

By Tom Taulli, InvestorPlace Writer & IPO Playbook Editor Mar 10, 2021
It’s been a shark sell-off lately, especially with tech companies. The time might be right to look at value stocks.

By James Brumley, InvestorPlace Feature Writer Apr 15, 2019
The stock charts of WFC, HRL and MET are starting the new trading week out on the brink of tradeworthy moves. Here are the levels to watch.

3 Insurance Stocks to Invest In Now

By Vince Martin, InvestorPlace Contributor Jan 10, 2019
The financial sector seems due for a rally and these three insurance stocks look like strong choices for a well-rounded portfolio.

By Vince Martin, InvestorPlace Contributor Nov 30, 2018
Warren Buffett has made his fortune on many businesses that would lull you to sleep. These 10 boring stocks to buy are simply beautiful.

By Vince Martin, InvestorPlace Contributor Aug 27, 2018
In a market at all-time highs, and tech stocks have been soaring, some financials have underperformed. If that changes, these 5 financial stocks should benefit.

What’s in the Cards for MetLife (MET) Stock in Q2 Earnings?

By Zacks Investment Research Jun 27, 2018
A stock’s price-to-sales ratio reflects how much investors are paying for each dollar of revenues generated by the company. Compare Brokers....

By Zacks Investment Research Jun 21, 2018
A stock’s price-to-sales ratio reflects how much investors are paying for each dollar of revenues generated by the company. Compare Brokers....

By Zacks Investment Research May 25, 2018
A stock’s price-to-sales ratio reflects how much investors are paying for each dollar of revenues generated by the company. Compare Brokers....

By Zacks Investment Research May 10, 2018
A stock’s price-to-sales ratio reflects how much investors are paying for each dollar of revenues generated by the company. Compare Brokers....

By Harriet Lefton, Writer, TipRanks Apr 2, 2018
Diversify your portfolio and make the most of 2018 trends with these 7 Goldman Sachs top stocks to buy. I also include the wider Street perspective on these stocks so you can get the full lowdown before making any crucial investing decisions.

By William White, InvestorPlace Writer Feb 26, 2018
A growing number of companies are cutting ties with the National Rifle Association (NRA) following the mass shooting in Florida and calls for more gun control.

By Vince Martin, InvestorPlace Contributor Feb 15, 2018
MET stock is gaining after earnings, as investors hope the one-time charge over annuities will settle that issue. But MetLife Inc stock still has some concerns, as well as some amount of risk going forward.

Fed Hikes Rate: 4 Stocks to Add Value to Your Portfolio

By Zacks Investment Research Dec 14, 2017
The Fed, who have chalked out a detailed plan to shrink $4.5 trillion portfolio of Treasury bonds and mortgage-backed securities, continue to advocate three mor...

7 Spinoff Stocks That Could Be Better Than Their Parents

By Will Ashworth, InvestorPlace Contributor Oct 12, 2017
Spinoffs can often increase the worth of companies -- but not all spinoffs are created equal. Let us help you make the choice in these 7 cases.

By Zacks Investment Research Aug 9, 2017
Given the robust Q2 results, insurance ETFs have been outperforming the other corners of the financial space over the last one month.

11 Dividend Stocks to Sell Right Away

By Louis Navellier, Editor, Growth Investor May 25, 2017
I've scoured through my Dividend Grader ratings to find dividend stocks you need to sell today. Here are 11 to start with

Profit from These 5 Sturdy Stocks as Fear Grips Markets

By Zacks Investment Research Apr 17, 2017
Wall Street's fear gauge is breaking out higher as geopolitical risks heat up. Consider these stocks to buy based on strength measurements

From Yahoo Finance May 11, 2021
Corporate America is beginning to speak out against laws targeting transgender people, just as it did with laws curbing voting rights.

From Benzinga May 10, 2021
This morning 792 companies reached new 52-week highs. Points of Interest: JPMorgan Chase (NYSE: JPM) was the largest company by market cap to set a new 52-week high. The...

From Market News Video May 7, 2021
Looking at options trading activity among components of the Russell 3000 index, there is noteworthy activity today in The Trade Desk Inc (TTD), where a total volume of 12,824 contracts has been traded thus far today, a contract volume which is representative of approximately 1.3 million underlying shares (given that every 1 contract represents 100 underlying shares). That number works out to 221.6% of TTD's average daily trading volume over the past month, of 578,655 shares..

From Wall Street Journal May 5, 2021
Pandemic’s impact on industry hasn’t been as bad as feared.