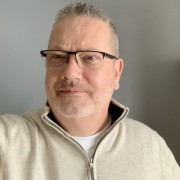 Brad Moon is a Canadian technology journalist with a fintech business background. He has been writing for InvestorPlace since 2012.

Brad has been a Senior Contributor for Forbes since 2015 and has written technology, business, and consumer electronics-focused articles for a range of outlets over the past decade.

This includes seven years with Wired, 15 years with the Webby award-winning GeekDad, four years as a contributor with Kiplinger, three years with About.com, and three years writing for Shaw Media. He has also written articles that have been published by MSN Money, Yahoo Finance, Gizmodo, Lifehacker, Business Insider, and others. He wrote a weekly technology column in The Winnipeg Free Press, a monthly tech column for London Business Magazine, and has made numerous radio and conference appearances speaking about technology trends. For the past decade Brad has been the Computing Solutions Editor for Best Buy Canada’s blog.

As a consultant, Brad has been part of the launch of multiple ventures in Canada including several wind farms and a web-based remote collaboration platform.

Prior to his writing career, Brad was a senior Product Manager and Research Analyst with a leading Canadian financial technology firm for 13 years after spending six years working at the Richard Ivey School of Business. He holds a BA from the University of Western Ontario.

Brad Moon has been writing for InvestorPlace.com since 2012. He also writes about stocks for Kiplinger and has been a senior contributor focusing on consumer technology for Forbes since 2015.

Get Louis Navellier’s take on the news and events impacting the market, plus advice on the best stocks to buy & sell now.

Here’s Why Alphabet Stock Near Its 2022 Low is Tempting

By Brad Moon, InvestorPlace Contributor May 5, 2022

Alphabet is a growth juggernaut with GOOG stock growth powered by ad and search revenue, but even business like its Pixel hardware contribute.

What the Etsy Strike Means for Amazon and Walmart Marketplaces

ETSY stock hasn’t been impacted by the Etsy strike, but there’s a bigger picture issue here in e-commerce reliance on third party sellers.

TWTR stock surged as much as 26% in pre-market trading on news that Elon Musk has purchased a 9.2% stake in Twitter.

Despite Volatility, QuantumScape is a Good Growth Investment

QuantumScape stock’s latest slide was kicked off by an analyst downgrade, with production lead time and competition concerns.

BABA stock is at low prices not seen in three years, but with these five challenges bearing down on Alibaba, don’t bet on a quick recovery.