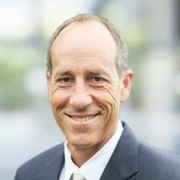 Eric’s record on the short side of the market is just as remarkable. He’s known for successfully shorting numerous technology stocks in 2000 and 2001, as those stocks sputtered toward bankruptcy…and for his predictions in 2005 and 2006 that the housing boom would go bust and drive government mortgage firms Fannie Mae and Freddie Mac into bankruptcy.

This Rare Event Will Have You Decluttering Your Portfolio

It pays to be picky when it comes to investing.

Made in America: The New Epicenter of Wealth

Plus, how cash on hand can help you capitalize on the next powerful megatrend…

This Megatrend Is Entering a Fast and Furious New Phase

Some trends are too cool (and too profitable) to end.

The Best Time to Buy “Forever” Stocks Is…

I believe bear markets are a good thing. Not only have market lows primed the way to higher highs, but when the situation appears bleak, know that the stocks you perhaps ordinarily couldn’t afford (or want more of) are now “on sale.”

Your Final Power Trend of 2023

Our final power trend might be the most powerful of all; it spans already-existing megatrends, despite only just emerging.