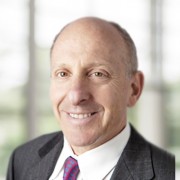 Get the best funds to buy and sell from leading Vanguard & Fidelity experts Dan Wiener, Jeff DeMaso and Jim Lowell.

Dan Wiener and Jeff DeMaso's Independent Vanguard Fund Analyzer makes it quick and easy to spot which Vanguard funds are ideal for your investing goals. Log on anytime to give your Vanguard portfolio a “check up,” assessing risk, returns, management, turnover and more — in seconds.

Friday's surge in the CBOE Volatility Index (VIX) wasn't nearly the biggest move in the index's history. Let's view it with some perspective

Don’t Get Too Caught Up in Headlines

4 Economic Indicators to Be Aware Of

May was something of a tale of two markets and two economies as we were divided between the good and the not so good.

By Dan Wiener, Editor, The Independent Adviser for Vanguard Investors May 20, 2015

Vanguard's Personal Advisor Services its essentially an entry in the "robo-advisor" field. The service will appeal to those with small savings who want basic advice and little human contact.