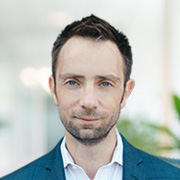 For decades, investors have viewed initial public offerings (IPOs) as some of the most promising financial opportunities on the planet.

And given the massive gains some popular companies have generated after their IPOs, you can’t blame us for being fascinated with newly public stocks…

Then there’s Facebook (FB), whose shares didn’t fly immediately after its IPO in 2012 but tripled in four years and are now up 6X.

Other recent IPOs that have went on to soar include…

And don’t forget the hit online business-platform firm Shopify (SHOP)… which went on to soar a whopping 5,700% after its IPO.

These hugely successful new businesses remind us that America is a land of innovation and wealth creation. Entrepreneurs create hit new products and services, the market goes wild for them, and investors go along for extremely profitable rides.

This is why the acronym “SPAC” has become one of the most talked about buzzwords in the business world.

As I’ll cover in this report, a SPAC — short for special purpose acquisition company — is a great way for a private company to go public and access the capital markets.

SPACs are behind some of the biggest stock market winners of the past year, and now they’ve become the subject of intense interest and speculation in 2020.

In the pages that follow, I’ll demystify SPACs. I’ll explain exactly what they are and why so many innovative companies are using them.

Plus, I’ll detail two of the absolute best SPACs you can buy right now… and set yourself up to make what could be a lot of money in the near future.

Ironically, SPACs begin with an initial public offering. The special purpose acquisition corporation is formed by raising money for the purpose of acquiring an existing company. Hence its designation as an acquisition company.

SPACs do not have existing businesses or commercial operations at the time of their IPOs. Instead, the SPAC outlines a broad strategy of how it intends to deploy the capital raised in the initial public offering.

As such, SPACs are often referred to as “blank check companies” because investors buy shares and fund the company on the belief that the SPAC will make a smart acquisition in the future that will return a handsome profit.

In effect, the SPAC facilitates the IPO of the private company it acquires, enabling that company to avoid the inherent risks and costs associated with the traditional IPO process, which include:

SPACs are typically formed by investors who have expertise in an area, including industry veterans and experienced management teams. As you would expect, they often pursue an acquisition in the area of their expertise, although the exact target may not be identified at the time the SPAC goes public.

The money raised by the SPAC’s IPO is put in a trust account that earns interest. Investors have the right to redeem their shares with interest, which is one potential negative because it casts some uncertainty over the amount of money that can be deployed for an acquisition.

SPACs typically have two years to complete an acquisition or return their funds to investors.

SPACs have been around for decades, but their popularity has soared in recent years. SPAC IPOs raised $13.6 billion in 2019 on 59 deals, up dramatically from the $3.5 billion raised in 2016 on just 13 deals.

What billionaire Ackman does with his SPAC remains to be seen, but some exciting moves are being made with lesser-known blank check companies that could be a great way for investors to gain exposure to cutting-edge sectors.

We’ll get to a couple in just a moment, but first, let me share a real example of how SPACs work and how much money you can make.

About a year and a half ago, I discovered a little-known company called MTech after speaking with some of its executives at a conference. MTech had raised $50 million with the purpose of merging with or acquiring a cannabis company — specifically an ancillary cannabis company, which is one that doesn’t directly touch the plant. MTech was the first U.S.-listed SPAC to specifically target the cannabis industry.

I learned that the company had announced plans to merge with MJ Freeway — a leader in cannabis tracking software — and I was sold. It was all public information, but unless you take the time to sit down and talk to CEOs and executives, it can be hard to find this type of opportunity.

MTech didn’t move much after I recommended it to my Investment Opportunities subscribers as we waited for the merger to take place. But when it did, the stock soared.

Our MTech shares became Akerna (KERN) shares when everything was completed, as that was the name of the new company. Within days, the stock rallied from $10 to more than $70. We sold some shares as high as $65, locking in a 640% gain from the original entry price.

Fortress Value Acquisition Corp. (FVAC) raised $300 million in a late-April initial public offering, and it didn’t take long to get a deal in place. On the heels of becoming public, Fortress announced on July 15 that it would merge with MP Materials.

MP Materials owns and operates Mountain Pass, the only rare-earth minerals mining and processing site of scale in North America. The company claims that Mountain Pass is one of the richest rare-earth deposits in the world.

China controls about 80% of the rare-earth market, so MP’s position in the U.S. is of key strategic importance. Consumers of rare-earth material are trying to diversify away from China, and the U.S. government has identified the urgent need to reclaim rare earth given its crucial importance in the defense industry’s supply chain.

Fortress is attracting some high-profile investors, including an early investor in Facebook, on the belief that demand for rare-earth materials will outstrip supply heading into a “multidecade trend of electrification,” and that rare-earth minerals are to electrification what Intel (INTC) was to the PC boom — “a common component in every solution.”

The mining industry typically comes with high barriers to entry. Even where the material is plentiful, it can be quite burdensome and costly to gain permits to begin and maintain mining operations.

By merging with Fortress and becoming a public company, MP will now have access to money and the backing of some high-profile investors to capitalize on what appears to be a strong strategic position.

Another under-the-radar SPAC that has been public for more than a year is Graf Industrial Corp. (GRAF). GRAF debuted on the New York Stock Exchange in late 2018 in an initial public offering that raised over $250 million.

In early July 2020, GRAF announced that it was merging with Velodyne Lidar, a leading developer of lidar technology. GRAF’s merger with Velodyne is expected to close in the third quarter of 2020. The combined company will retain the Velodyne Lidar name and trade under the symbol VLDR.

This is a good illustration of a SPAC taking a private company public by virtue of a merger, with the combined company taking on the name of the private company.

Lidar is big in autonomous vehicles (AVs), one of the real hypergrowth trends of the coming decade. It is an acronym for “light detection and ranging.”

First used in the 1960s, lidar technology determines distance from an object. Light pulses off surrounding objects, i.e. other cars, and then returns to a sensor that takes the time it took for the pulse to return to calculate distance. Repeating this process millions of times per second creates a precise, real-time 3D map of the surrounding environment. An onboard computer utilizes this map for safe navigation.

Lidar also has applications in industries like trucking, drones, mapping, robotics, and security. If you have noticed large, round pieces of equipment on the tops of autonomous vehicles, that is Lidar.

Velodyne began developing lidar technology in 2005 and today has more than 300 customers, including nearly all of the global automotive original equipment manufacturers (OEMs). Since inception, the company has recorded over $500 million in revenues.

Velodyne is ramping up the number of signed contracts for its sensor units, from three signed contracts in January to 16 by June. Contracts typically last five years, providing an attractive recurring revenue stream. The company believes it has a cumulative revenue opportunity of $7 billion between 2020 and 2025.

We are in the infancy of autonomous vehicle deployment. Major automakers globally are developing self-driving cars and trucks. Given that it is in the pole position, Velodyne’s lidar technology appears to be a big winner in a future with self-driving vehicles.

SPACs Are Here to Stay

Disruption is one of my major themes for the Roaring 2020s, and SPACs fit the bill perfectly.

The current process of taking a company public through a traditional IPO is broken. It benefits Wall Street firms more than the companies and investors. And that is why SPACs have quickly become the go-to option for private companies to join the public markets.

In the next decade, the current IPO process will be completely disrupted and likely go the way of the dodo bird. Consider yourself at the forefront of what will be the new IPO process: SPACs.

How to Join Our “Club”… RISK FREE

I hope this report has given you a better idea of both the possibilities and opportunities in SPACs. If getting to the world’s biggest investment opportunities FIRST and making triple-digit gains sounds good to you, here’s how to join our “club.”

Considering everything you get, I think it’s a great bargain:

12 Monthly Issues of Matt McCall’s Investment Opportunities:  Every month, I’ll send you a full issue that details what I believe are the world’s biggest investment opportunities. Inside our issues, you’ll find our latest investment recommendations, our current portfolio… expert insight from my large list of contacts… and insight you won’t find anywhere else.

While we typically stick to U.S.-listed stocks, we know it’s a big world out there with lots of opportunities. We’ll invest in stocks, commodities, real estate, bonds, gold, and other assets. But all of our recommendations are easily purchased in regular online brokerage accounts.

To give you an idea of what to expect, I’m currently focusing most of my time and energy on mega-trends like blockchain, the legalization of marijuana, Artificial Intelligence, gene editing, the Internet of Things, and electric vehicles.

Special Readers-Only Reports: In these in-depth “situational” reports, I’ll devote 12–36 pages to world-changing business and technological trends that are set to deliver triple-digit gains to investors.

Urgent position updates: Although we follow a monthly publishing schedule, I’ll send you timely updates if something major is happening with one of our positions.

The Investment Opportunities Owner’s Manual: This short, easy-to-read manual explains my approach to the market… how I find opportunities… the right way to buy and sell stocks… and lots of other key ideas that will help you make big returns without taking big risks.

And that’s just the beginning.

I’m confident you can see that $99 is a great bargain.

I think that’s an incredible deal for what you get.

And the best part is, my publisher and I are not asking you to commit to anything. We’d like you to take the next 30 days to decide whether or not you want to keep your subscription.

That should give you plenty of time to review my work. If you decide Investment Opportunities isn’t right for you, just give us a call. We’ll be happy to issue you a full refund. You’ll risk nothing.

Simply click the button below to get started immediately.

With his next-generation approach to investing, Matt McCall finds better stocks for you to invest in — not the same old companies over-hyped on Wall Street.