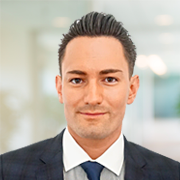 FIRE Stock: 9 Things to Know About Supreme Cannabis and the CGC Stock Deal

7 Marijuana Stocks Waiting for Biden to Make a Move

By Faizan Farooque Mar 26, 2021
Marijuana stocks surged when the Democrats secured the White House and Congress, but hopes of swift legalization have come to naught.

7 Marijuana Stocks to Buy as the South Goes Green

By Joel Baglole Mar 24, 2021
Several U.S. states continue to legalize recreational use of marijuana, with New York being the latest to consider taking action on the issue. Several states in the southern U.S., including Alabama and Georgia, are aggressively moving to legalize both recreational and medical marijuana. In this article, we look at seven marijuana stocks to buy as the south, and other regions of the U.S., go green.

By Thomas Niel Mar 23, 2021
With these previously oversold sin stocks now overbought, what's the best move? It's time to quit them, cold turkey. Consider these seven sin stocks as names to sell into strength.

The 3 Best Pot Stocks to Buy for Global Legalization

By Luke Lango, InvestorPlace Senior Investment Analyst Mar 17, 2021
As cannabis becomes legal in Mexico and around the globe, the U.S. will be pressured to act. And the companies at the epicenter of this Marijuana Boom are the best weed stocks to buy.

By William White, InvestorPlace Writer Mar 11, 2021
Mexico is getting closer to legalizing marijuana and the news has shares of several weed stocks heading higher on Thursday.

9 Stocks to Buy to Protect Yourself From the Biden Administration

By Josh Enomoto, InvestorPlace Contributor Mar 8, 2021
For better or for worse, Joe Biden is the President of the United States. His policies and even his personality will dictate which stocks to buy to protect your financial interests.

CGC, TLRY, APHA and SNDL: Why Are Pot Stocks Down Today?

Why Canopy Growth Is Down 45% From Its Peak

By Chris MacDonald, InvestorPlace Contributor Mar 5, 2021
CGC stock continues to underperform its U.S. peers of late as concerns about how the company will expand in the U.S. over the long term.

By Alex Sirois Mar 5, 2021
Marijuana stocks have been up and down for several years and still seek firm footing. Right now, these seven aren't worth your money.

When and How to Buy Canopy Growth Stock With Street Cred

By Chris Tyler, InvestorPlace Contributor Mar 3, 2021
Off and on the price chart conditions are quickly shaping up for CGC stock investors to pull the trigger on a well-timed and secure purchase

What Did the Stock Market Do Today? 3 Big Stories to Catch Up On.

By Sarah Smith, InvestorPlace Web Content Producer Mar 2, 2021
What did the stock market do today? Investors focused on a social media ETF, cannabis stocks and the damages of the 2021 chip shortage.

2 Ways to Play Canopy Growth Stock As It Lights Up

By Tyler Craig, Tales of a Technician Mar 2, 2021
Pot stocks are finding support and Canopy Growth looks ripe for upside. Here are two ways to play with CGC stock options for big gains.

Ranking the Top 7 Marijuana Stocks From Best to Worst

By Ian Bezek, InvestorPlace Contributor Mar 2, 2021
Marijuana stocks are volatile right now. Cut through the noise with this ranking of seven leaders from best to worst.

By Faizan Farooque Mar 1, 2021
Marijuana stocks are soaring, but if you are still skeptical, here are three companies that offer a curveball way of investing in the space.

By Josh Enomoto, InvestorPlace Contributor Mar 1, 2021
With the discount in CGC stock, it may be time to advantage over due to encouraging consumer developments, but you should also be aware of the economic risks.

By Will Ashworth, InvestorPlace Contributor Feb 25, 2021
Canopy Growth is trading at levels not seen in 20 months. News from off the beaten path tells me CGC stock will keep moving higher.

Should You Be Buying Canadian Marijuana Stock Next Week In April?

From MarijuanaStocks.com Apr 18, 2021
Top Canadian Marijuana Plays For Next Week In April

From Talk Markets Apr 18, 2021
The decline in the Canadian Licensed Producers (LP) component of our Pure-Play Pot Stock Index accelerated this past week after having declined the previous week and is now down 17.0% so far in April.

Is Canopy Growth a Buy for Its Pet CBD?

From The Motley Fool Apr 17, 2021
Like most things cannabis-related, time will tell.

If You Invested $1,000 In Canopy Growth Stock One Year Ago, Here's How Much You'd Have Now

From Benzinga Apr 16, 2021
Investors who have owned stocks in the last year have generally experienced some big gains. In fact, the SPDR S&P 500 (NYSE: